Want to shoop shoop on the slopes of Whistler? Hike in the Rockies or practice your French in Quebec? No matter which Canadian adventure you've got planned, Zoom's travel insurance will cover you for your unexpected holiday hurdles. Cover includes medical expenses should you fall sick or become injured in Canada as well as cover for trip cancellation, lost luggage, family emergencies & more! What are you waiting for? Zoom to it!

Medical fees in the Canada can be extortionate! Relax knowing that your hospital expenses are covered with Zoom's unlimited medical coverage. Zoom to top notch cover!

Setbacks on your sojourn are never much fun. Cover your Canadian travel disruptions in a flash with Zoom travel cover. We keep things zippy!

Your stuff is precious and we get that. Take off on your Canadian quest knowing your luggage is protected with Zoom. 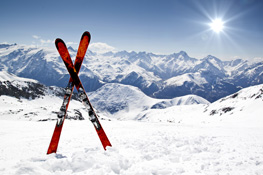 Whizzing to Whistler? Ski worry free! Our Ski Pack covers up to $1,500 in alternative ski equipment following the accidental loss, theft or breakage of your winter gear.

Family holiday to the Great White North? Save your pennies for Disneyland as all dependants under 21 are included under your policy at no additional cost. Say what!?

Life's a highway! If you're hiring a sweet set of wheels on your Canadian adventure, then our rental vehicle excess add-on is a must.

Zoom to Zen. You can sit back and relax on your holiday knowing that Zoom travel insurance is backed by Lloyd’s of London, one of the world’s most trusted insurers.

Got some curly Canadian questions in regards to your travel insurance cover?
Be in the the know before you go with answers to the most common queries below.

Canada is as diverse as it is beautiful. In one trip, travellers have the chance to experience some of the world’s greatest landscapes, coolest cities, friendliest people, and most interesting cultural attractions.  What are you waiting for? Zoom to Canada and tick this treasure off your bucket list!

No matter which kind of experience you're planning, Zoom can cover your trip with a range of plans.  You can minimise your costs with Medical Only cover, or choose to buy Comprehensive Travel Insurance for extra protection to cover things like travel delays and cancellation. Compare Zoom's Travel Insurance plans online today.

If you’re arriving in Canada by air you’ll need to get an electronic travel authorisation (eTA) before you arrive in the country. You can apply online through the official eTA website, or click here for more information. If you are arriving in Canada by boat, bus or train, you don’t require an eTA but you will still need to hold the right travel documents when entering the country. See the Canada website for a full list of these.

When you land in Canada and clear customs there are plenty of options for transport from all international airports – taxis, shuttle buses, private car services, public transport, hire cars. Check your arrival airport’s website for more specific information. Depending on where you’re staying, your hotel may offer airport pickup – check with them directly before you leave home.

Canada is huge and travelling across the country can be done by bus, train, air or car. Buses are a popular way of getting around and there’s an extensive bus network covering a large portion of the country. Canada’s major cities have rail and subway systems, and these are clean, comfortable and efficient. For longer journeys, there are numerous regional trains connecting major cities as well as hundreds of smaller towns around the country. Some coastal areas around British Colombia and the Atlantic Provinces, ferries are readily available to reach outlying islands. If hiring a car in Canada, be sure you know the road rules before setting off, and ensure you’re well equipped for the road conditions. Seek appropriate advice on driving in Canadian conditions, particularly during the cooler months. Don't forget if you are hiring a car you'll need to add our Rental Vehicle Excess add-on. Rent a car without stressing about the costs should you have a ding in your hire car!

The best time to visit depends completely on what type of holiday you want. Powder hounds searching for the ultimate ski experience will want to visit between November and April/May. If you’re more interested in outdoor hikes or enjoying the best of Canada’s sights and cities, March and April or September and October are ideal, as temperatures are generally quite pleasant across the country.

Generally, most Canadian holidays are based in and around four Canadian areas – Toronto, Montreal, Vancouver and Ottawa. Each city has its own unique character and culture, and all are equally impressive. Whether you stay within the city or venture further afield across the vast country that is Canada, you’re sure to make memories to last a lifetime. Here are just a few to-do's:

-   Hear the roar and feel the power of the mighty Niagara Falls, Ontario.
-   Enjoy the outdoors in Vancouver, heading to the enormous Stanley Park, or Grouse Mountain, popular for alpine activities year-round.
-    Attend a gig in Toronto, a city renowned for its thriving and eclectic music scene. Any day of the week you’ll be able to enjoy live music throughout this multicultural city.
-   Visit Haida Gwaii, British Colombia. Often called the Canadian Galápagos, this archipelago off the coast of British Colombia has to be seen to be fully appreciated. Black bears, seabirds, sea lions, whales and hundreds of other animals live amongst a diversity of plant life, ancient cedars, and historic Haida totem poles. If you’re a lover of nature, this is a must-visit!
-   Wander the streets of Québec City, Quebec. Located in the predominantly French-speaking province of Quebec on the east side of Canada, Quebec City looks like it’s straight from the pages of a classic storybook. Pay a visit to the Fairmont Le Château Frontenac, “the world’s most photographed hotel”, fill up on French-inspired delicacies, or explore the streets of Old Quebec, a UNESCO world-heritage neighbourhood.
-   Rug up, strap on the skis (or snowboard or toboggan!), and work up a sweat on some of the world’s best ski runs. There are hundreds to choose from, catering to all abilities. Favourites include Banff, Whistler, Mont-Tremblant, Revelstoke, and Saint Sauveur.
-   Visit the Canadian Rockies, the famous mountain range that dominates the skyline, its jagged, ice-capped peaks jutting into the sky like shards of beauty. Home to several national parks, visitors to the Canadian Rockies can expect turquoise-coloured lakes, raging waterfalls, diverse wildlife, and more. If you can, take a tour of the famous Athabasca Glacier.

In Canada, it’s customary to tip between 15 and 20% for most services, including restaurants, bars, taxis, hotels, beauty spas, valets, and porters. The legal drinking age in Canada is 19, except in Quebec, Alberta, and Manitoba. There you can enjoy a beverage at 18. Canada is a big place, the second largest country in the world. Keep this in mind when planning your trip and don’t try to cram too much in your trip, or underestimate travelling time. Canada’s weather can be woolly, wild, and unpredictable. Be sure to pack appropriate clothes, and take plenty of layers no matter what the season. Also, always check the weather forecast before taking full day trips, particularly if hiking or heading into nature. Canada has some of the most beautiful animals in the world, but some of them can be very dangerous. Grizzly bears and black bears can be prevalent in national parks during summer. Never approach a bear if you see one. Never leave food scraps out, always dispose of garbage, and cook away from campsites. Speak to rangers about proper bear safety. If you are travelling outside of the city, it’s always worthwhile to have some cash on you, as ATMs are not always available in smaller towns.

Are you planning to zoom somewhere else on your holidays? Whether you're holidaying in the USA, sassy Singapore or fancy some bliss in Bali we've got plenty of helpful advice on other popular travel destinations to check out. What are you waiting for? Zoom to it!